Thisara Perera will lead Sri Lanka once again, with Kusal Perera named in the squad after recently being injured.

Lasith Malinga and Niroshan Dickwella have been named in Sri Lanka s 15-man squad, led by Thisara Perera, for the one-off Twenty20 international against England in Colombo on October 27.

From Sri Lanka s previous T20I squad in August, Angelo Mathews, Binura Fernando, Shehan Jayasuriya, Lahiru Kumara and Upul Tharanga have been dropped. Mathews led Sri Lanka in a one-off T20I against South Africa in August, and the leadership has now gone back to Perera who has led in eight T20Is between October 2017 and March 2018.

Malinga, 35, last played a T20I in September 2017. He made a return to Sri Lanka s ODI team in the recent Asia Cup and has played in all four ODIs versus England this month. Malinga is Sri Lanka s leading T20I wicket-taker with 90 from 68 games. Dickwella also returned to the ODI side this month and could be in line for his first T20I since February.

Ambidextrous spin bowler Kamindu Mendis has been included after some promising returns on the domestic circuit. Kusal Perera, who was ruled out of the last three ODIs with England on account of a hamstring pull, has also been named. 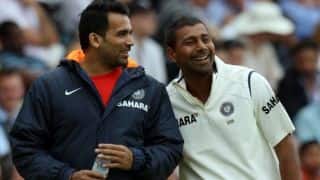