The hosts will look to level the series after losing the first game by six wickets.

Sri Lanka will take on Pakistan in the second One-Day International (ODI) at Pallekele on Wednesday. The visitors pulled off a convincing win in the first match of the series thanks to a memorable all-round performance from Mohammad Hafeez, who took four wickets and scored an excellent century as well.

Sri Lanka are yet to come to terms with the retirement of their two stalwarts Kumar Sangakkara and Mahela Jayawardene. Their batting looks brittle at best, with only Tillakaratne Dilshan and Angelo Mathews providing any sort of stability. Dinesh Chandimal and Lahiru Thirimanne have proved their mettle in the past, but still lack the consistency to be counted as threats by the opposition. ALSO READ: Mohammad Hafeez’s performance against Sri Lanka shows why Pakistan need him

Where Sri Lanka can take comfort is their bowling. Lasith Malinga might not be the maverick he was prior to his injury but he remains a canny operator. Dhammika Prasad, Suranga Lakmal, and Nuwan Pradeep provide powerful pace backup.

As for Pakistan, the appointment of Azhar Ali as captain may have been baffling at first, but he is slowly showing that the decision did indeed have some merit. His batting has been a revelation, and he has led with a calm head in tune with the way Misbah-ul-Haq led the side. Hafeez’s form in the previous match bodes well for Pakistan, though Ahmed Shehzad‘s poor form has lasted a bit too long for everyone’s comfort.

Neither team is likely to make too many changes just one match into the series, though Sri Lanka could certainly consider bringing in some of their other pacers after the lacklustre bowling performance in the last match. The extra speed of Pradeep could be useful to a team that is lacking firepower. ALSO READ: Pakistan selectors keeping close eye on Saeed Ajmal

On the whole, the contest is evenly poised going into the match. Pakistan desperately need to win every match to qualify for the ICC Champions Trophy 2017, and Sri Lanka will want to use that added pressure to their advantage. But Pakistan are capable of a lot when their backs are to the wall; it is that unpredictability that will add a bit of zing to the contest. 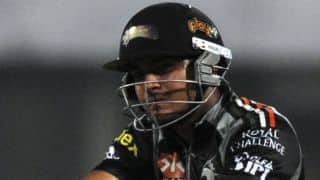 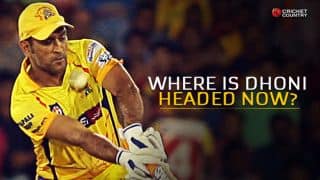 CSK & RR banned from IPL: What will MS Dhoni's next step be?