Both teams will go all out to win the series but Sri Lanka will have a slight advantage as they will be a little more familiar condition.

Sri Lanka will take on Pakistan in the third and final Test at Pallekele. The series is set for an exciting climax  as it is tied at 1-1. Pakistan stunned everyone with an emphatic 10-wicket win at Galle, but Sri Lanka bounced back in the second Test at Colombo to win the match by seven wickets. READ: Yasir Shah becomes quickest Pakistan bowler to 50 Test wickets

Sri Lanka will be without their legendary batsman Kumar Sangakkara for this Test as he has decided to opt out of it. He will however play two Tests against India, which will be final two matches of international cricket. READ: Younis Khan — most prolific Pakistan batsman after 100 Test matches

Sangakkara’s absence could pave way for Jehan Mubarak to make a comeback. The left-handed batsman has not played a Test for Sri Lanka since 2007. Upul Tharanga could be a decent replacement as well.  Skipper Angelo Mathews led from the front in the second Test with some clinical performances with bat and ball. More of the same will be expected from him in this crucial match. READ: Wahab Riaz’s painful birthday bash

Fast bowler Dushmantha Chameera had a few niggles in the previous match and had to leave the field briefly. But he returned and picked up three wickets in the second innings. Suranga Lakmal will take his place,  if he is unable to play. However, the form of spinner Rangana Herath has been a cause for concern for the hosts, having picked up just two wickets in the series so far. The veteran will look to bounce back in the third Test and lead his side to a series win. READ: A ‘low’ for Rangana Herath

With a cloud hanging over Mohammad Hafeez’s availability as he is scheduled to fly to India for a bowling assessment test, Shan Masood might get the nod. Masood has played just four Tests for Pakistan so far, with the last one coming against New Zealand in November 2014. Fawad Alam, who replaced Haris Sohail in the squad recently, too is an excellent option at the top of the batting line-upfor them.

Skipper Misbah-ul-Haq is due a big one after an average series by his standards so far. Pakistan have often found themselves losing wickets in a hurry after one or two big partnerships. Many batsmen get off to a good start, then throw their wickets away. That is something they would want to rectify.

Fast bowler Wahab Riaz is certainly set to miss the Test with a hairline fracture on his left hand. Ehsan Adil or Imran Khan could be named as his replacement in the playing XI.

Both teams will go all out to win the series but Sri Lanka will have a slight advantage as they will be a little more familiar condition. The weather could play spoilsport once again, like it has throughout the series. The players can expect high humidity, with chances of thunderstorms for the five days. The rains however have not managed to affect the results of both matches so far and one can only hope that it is the same case for the series decider as well. 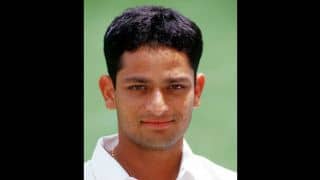