Sri Lanka will take on Pakistan in the third and final Test at Pallekele. The series is set for an exciting climax  as it is tied at 1-1. Pakistan stunned everyone with an emphatic 10-wicket win at Galle, but Sri Lanka bounced back in the second Test at Colombo to win the match by seven wickets. Live Scorecard: Sri Lanka vs Pakistan 2015, 3rd Test at Pallekele, Day 1

Sri Lanka will be without their legendary batsman Kumar Sangakkara for this Test as he has decided to opt out of it. He will however play two Tests against India, which will be final two matches of international cricket. Live Cricket Score Sri Lanka vs Pakistan 2015, 3rd Test at Pallekele, Day 1.

Sangakkara’s absence could pave way for Jehan Mubarak to make a comeback. The left-handed batsman has not played a Test for Sri Lanka since 2007. Upul Tharanga could be a decent replacement as well.  Skipper Angelo Mathews led from the front in the second Test with some clinical performances with bat and ball. More of the same will be expected from him in this crucial match. READ: Younis Khan — most prolific Pakistan batsman after 100 Test matches 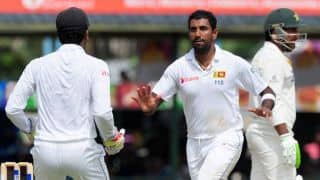 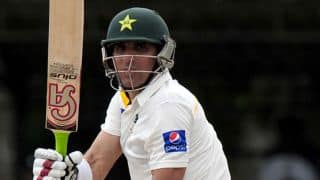