Some late hitting allowed Sri Lanka to cross 250, as Pakistan were tight in their bowling.

Lahiru Thirimanne scored a responsible 90 to help Sri Lanka reach 256 for 9 after 50 overs. They arrived to the game without Thisara Perera and Upul Tharanga, whose spots were taken by Ashan Priyanjan and Suranga Lakmal. The second ball of the match had the opener Kusal Perera dismissed by a catch at cover off the left-arm seamer Mohammad Irfan, but Thirimanne, the other opener, combined with Tillakaratne Dilshan to milk the bowling and stabilise the innings for a base for acceleration towards the end. LIVE UPDATES: Sri Lanka vs Pakistan, 4th ODI, Colombo

Wickets kept falling regularly, however, after Dilshan departed for 50, bowled by left-arm spinner Imad Wasim. The lull in the middle, through the drying up of boundaries, prompted captain Angelo Mathews, the next man in, to run down the track and provide a catch to cover, to end a productive-looking partnership, in the 31st over. Dinesh Chandimal also departed trying to accelerate: deceived by a slower ball from Irfan, he mistimed hit slog to deep midwicket , and was caught in the deep by Yasir Shah, and soon after, in the 42nd over, Thirimanne was magnificently caught at deep fine leg by a diving, tumbling Ahmed Shehzad, to get out before reaching his century, at 90. LIVE SCORECARD: Sri Lanka vs Pakistan, 4th ODI, Colombo

Late acceleration was done, however, by Milinda Siriwardana, who hit the first six of the innings, a pull off seamer Rahat Ali. His 19-ball 11 featured two fours and a six. He was sharply caught at extra-cover by Mohammad Rizwan, off Anwar Ali. Malinga, the No. 9, was the other who smashed a few crucial boundaries at the death to lift Sri Lanka above 250. He also hit two fours and a six, the fours off consecutive deliveries from Irfan in the 48th over, and the six off Anwar Ali, a smash to midwicket, in the next.

Among Pakistan’s successful bowlers were Irfan, with 3 for 50 in his ten overs, and Anwar Ali, who took 2 for 41 in his seven overs. Imad Wasim was the most economical of them, with one for 43 off his ten overs. 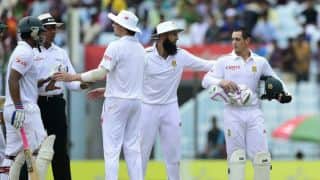 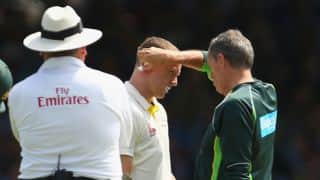