South Africa had won the first ODI by 5 wickets. Another win will take them closer to clinching the 5-ODI series.

After being demolished in the Test series, South Africa turned things around in the first ODI against Sri Lanka, at Rangiri Dambulla International Stadium. Kagiso Rabada and Lungi Ngidi stuck to an off-stump line on a lively (but not significantly so) pitch, and the Sri Lankan top order played into their hands with tentative shots outside off. Sri Lanka were quickly reduced to 36 for 5, and were barely in the match after that. They recovered to reach 193, but South Africa chased down the target in a mere 31 overs.

Despite the debacle, Sri Lanka are unlikely to change their top five Niroshan Dickwella, Kusal Mendis, Kusal Perera, and the big guns, Upul Tharanga and captain Angelo Mathews. With Thisara Perera batting at seven, Shehan Jayasuriya at one batsman too many. Dhananjaya de Silva may be a better option.

Suranga Lakmal and Lahiru Kumara had precious little to do in the first ODI. With Thisara already playing, a fourth fast bowler (Kasun Rajitha or Dasun Shanaka) will probably be redundant. Prabath Jayasuriya’s debut is also likely to be delayed, as Sri Lanka will stick to Akila Dananjaya and Lakshan Sandakan.

Hashim Amla has been in poor form this year (173 runs at 24.71), but there is obviously little doubt over his inclusion at the top alongside Quinton de Kock. In fact, with JP Duminy as the sixth bowler, the South African unit looks reasonably well-rounded. The only likely replacement may be of David Miller (117 runs at 19.50 this year), who may be replaced by Heinrich Klaasen.

Additionally, these are still early days for Willem Mulder, but given hos Tabraiz Shamsi and Duminy bowled in the first ODI, South Africa may consider Keshav Maharaj for Andile Phehlukwayo though given the inexperience in their batting order, it is unlikely that they will want to compromise on depth.

Predictions: Sri Lanka possess better depth in the spin department (they did not really stand a chance, having to defend a sub-200 score). South Africa, on the other hand, boast of a more potent pace attack. Given their current forms, the batting line-ups looks fairly even on paper. All in all, both teams seem equally likely to win. 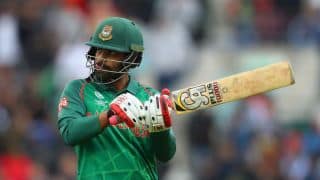 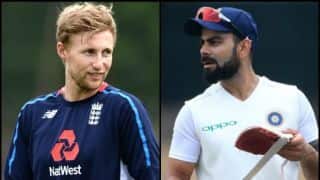