Middle-order batsman Reeza Hendricks became only the third South African batsman and 14th overall to hit a century on ODI debut. Hendricks, 28, was given his maiden ODI opportunity at the expense of Aiden Markram in the 3rd ODI against Sri Lanka.

South Africa are leading the series 2-0. Hendricks, who has played 12 T20I so for the proteas took 88 deliveries for his 102 before he was got to pacer Lahiru Kumara. During his knock, the right-hand batsman eight boundaries and one six, He combined with Hashim Amla for a stand of 59 runs for the second wicket and then 68 runs for the fourth wicket with JP Duminy.

Hendrick s 102 is the 12th highest score on debut in ODIs. The other two South Africans to score a century on debut are Colin Ingram (124) against Zimbabwe in 2010 and Temba Bavuma (113) against Ireland in 2016.

England s Dennis Amiss was the first player to score a century on debut when he made 103 off 134 deliveries against Australia in 1972. That match was only the second-ever ODI in history.

The highest score on debut continues to be West Indies great Desmond Haynes 148 against Australia seyt in 1978.

From 1972 to 2010, only six debutants managed to go past the 100-run mark but since 2011, that number has gone up to eight in as many years. Before Hendricks, Pakistan s Imam-ul-Haq, nephew of the great Inzamam-ul-Haq, had cracked an ODI century on debut scoring round 100 against Sri Lanka in Dubai in 2017.

For India, KL Rahul is the only player to have achieved the feat. He made 100 not out against Zimbabwe in 2015. 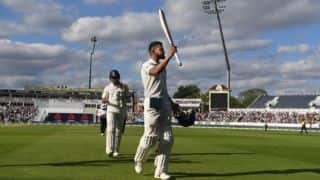 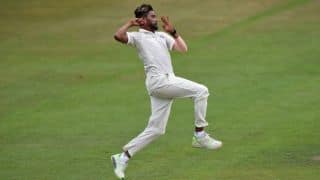