West Indies were in cruise control at one stage with the score at 218-2 in the 40th over, but they failed to put on the finishing touches and the home team took the series 3-0. Fabian Allen recovered from a shoulder injury then smashed 37 off 15 balls and came close to being the hero for West Indies in the third and final One-Day International against Sri Lanka. In the final over however, he was topped by the bowling of Angelo Matthews as West Indies lost by a narrow margin of just six runs at the Pallekele International Cricket Stadium in Kandy on Sunday night (Sri Lanka Time).

West Indies were in cruise control at one stage with the score at 218-2 in the 40th over, but they failed to put on the finishing touches and the home team took the series 3-0.

The West Indies run chase was boosted by openers Hope and Ambris, who added 111 for the first wicket. Hope faced 88 balls and hit six fours to add to scores of 115 and 51 which made him the leading batsman in the series. Ambris stroked six fours and a six off 60 balls to register his highest score of the tour. After Ambris fell, Pooran hit three fours and a six to help Hope add another 60 runs for the second wicket. Captain Pollard fell one short of his half century, but his six fours and a six of 50 balls kept the momentum going.

Earlier West Indies fast bowler Joseph claimed four wickets as Sri Lanka were bowled out off the last ball of the final over. He ended as the team’s top wicket-taker with 10 wickets at an impressive average of 16.4 runs per wicket. Fernando and skipper Karunaratne gave the hosts a brisk start with a 60-run opening stand before the West Indies struck. Joseph got Fernando caught behind for 29, and off-spinner Roston Chase had Karunaratne caught and bowled. Dhananjaya, who completed his fifty in just 45 balls with a boundary, and Thisara Perera put on 64 runs for the sixth wicket. 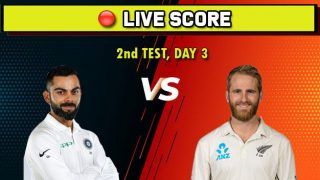 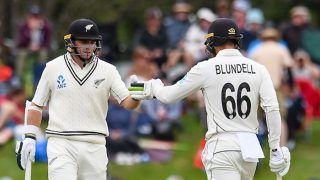