The U-19 Challenger Trophy typically includes three Indian teams competing against each other.

The U-19 Challenger Trophy typically includes three Indian teams competing against each other. This year, BCCI has invited the Sri Lankan U-19 team to participate in the competition. This will be the first time that a foreign team will participate in the Challenger Cup. The main focus will be to increase the competition and give exposure to the players ahead of the U-19 World Cup. CoA instructs CK Khanna to issue SGM notice by November 16

All these boys have played with each other for quite some time now. The BCCI wants to give more meaning to these contest at the same time playing a foreign team will help prepare India Under-19 team which is scheduled to play U19 World Cup next year in New Zealand, source The Indian Express. IND to travel in business class following BCCI approval

The Sri Lankans have accepted the request. The Sri Lanka U-19 team will visit India (Mumbai). Each team will play three league matches. The top two teams will qualify for the finals. There will be day-night matches in the tournament. Tough decision lies ahead of BCCI commentators

The squads have been announced by BCCI with Prithvi Shaw captaining Team A, Himanshu Rana captaining Team B and Abhishek Sharma to lead Team C. The selectors will select the final core team for U-19 World Cup from the 13 players selected in each team.

Ahead of the U-19 Challenger Trophy, India, defending Champions of the Under-19 Asia Cup, were knocked out of the tournament following defeats against Nepal and Bangladesh. 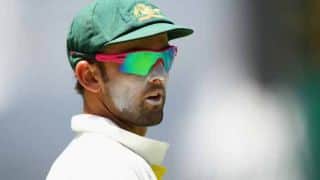