Sri Lanka's cricketers have been suffering from high levels of injuries because most players are flat footed and wearing ill-fitting shoes, an expert said.

Colombo: Sri Lanka‘s cricketers have been suffering from high levels of injuries because most players are flat footed and wearing ill-fitting shoes, an expert said Monday. Australian podiatrist Nicholas Sprenger was contracted by Sri Lankan Cricket to get to the bottom of the squad’s injury problems, which in 2016 saw nine out of 12 fast bowlers out of action. After examining more than two dozen cricketers from the national side, Sprenger detected a running theme. “Most players are flat-footed. What we need to do is to get them to wear the right shoes,” Sprenger told reporters in Colombo. The squad has been kitted out with customised innersoles for players to use at training and on the global circuit. Sri Lanka will have a little piece of my heart, says former coach Graham Ford

Some team members will be wearing the special orthotics when they face Zimbabwe in the first one-day international at Galle on Friday. The orthotics are designed to reduce stress on the bones, improve muscle activity and reduce pain, Sprenger said. He flies out on Friday, but his expertise will be available to the national side for about two years to address injuries and get the squad back on track, Sri Lanka Cricket said. Its chief executive officer Ashley de Silva declined to discuss the cost of fitting out the national squad with customised orthotics, but described it as an investment for the future. Graham Ford leaves Sri Lanka midway; Nic Pothas to take over as interim coach

Sports Minister Dayasiri Jayasekera announced last week he would not allow any player who fails a fitness test to represent Sri Lanka. Skipper Angelo Mathews and fast bowler Lasith Malinga have skipped crucial matches recently due to recurring injuries. Sri Lanka will play five one-day international matches and one Test against Zimbabwe, in the country’s first tour of the island in 15 years. 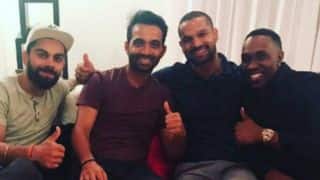 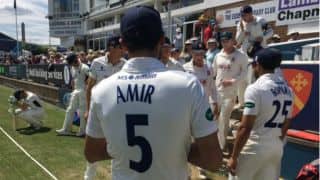