Lack of security was the reason given by the authorities.

A junior cricket team from Sri Lanka, which arrived here to participate in a private tournament, was sent back owing to security concerns, senior police officials said. The 16-member team had arrived from Colombo last night and were put up at an accommodation in the city. They were denied permission to participate in the tournament this morning owing to security reasons, officials added.

They later left for home. The Under-15 private tournament is scheduled to be held from August 4-7. The incident comes close on the heels of a derogatory article against Chief Minister Jayalalithaa on a Sri Lankan official website which also had a graphic image of Prime Minister Narendra Modi.

The article triggered widespread public and political outrage in the state prompting Sri Lanka to remove it and issue an unqualified apology to the two leaders. Incidentally, in 2012, Jayalalithaa had, in line with her strident stance against Sri Lanka, ordered the sending home of a soccer team from that country which arrived here to play a friendly match.

The action came against the backdrop of her opposition to India training Sri Lankan military personnel not only in the state but also anywhere else in the country, saying the Lankan forces had committed war crimes against Tamils in the island nation. An official in the Nehru stadium of the state government was suspended for giving oral approval for the match. 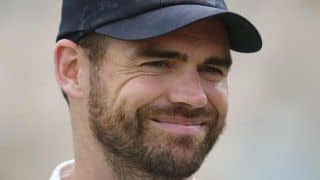