Statistical highlights of the IPL match between Royal Challengers Bangalore and Kolkata Knight Riders on Tuesday. 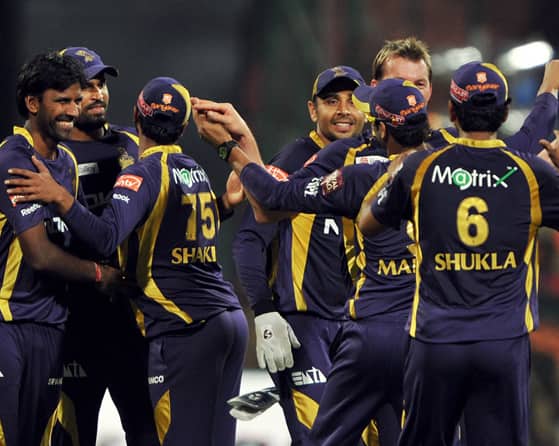 Statistical highlights of the IPL match between Royal Challengers Bangalore and Kolkata Knight Riders on Tuesday.

# Khan is the tenth bowler to complete 50 wickets or more at the IPL.

# Manvinder Bisla (46 off 29 balls) has recorded his second best innings at the IPL behind the 75 against Bangalore at Bangalore on March 16, 2010.

# Gambhir’s aforesaid innings is his 20th fifty in Twenty20.

# Lakshmipathy Balaji’s superb bowling figures of 4 for 18 are the best for Kolkata against Bangalore at the IPL, bettering Angelo Matthews’ 4 for 19 at Eden Gardens, Kolkata on March 14, 2010.

# Balaji’s above feat is his second best bowling performance at the IPL behind the 5 for 24 against Kings XI Punjab at Chennai on May 10, 2008.

# Balaji and Anil Kumble are the only two bowlers to have produced three instances of four wickets or more in an innings at the IPL.

# Balaji has been adjudged the Man of the Match for the third time at the IPL.

# Kolkata’s 42-run deserving win is their second biggest by runs’ margin at the IPL behind the 140-run victory over Bangalore at Bangalore on April 18, 2008.

# Kolkata Knight Riders have produced their first victory in the IPL 2012 after two losses – success % 33.33.

# Kolkata’s excellent win is their fourth in nine games over Bangalore at the IPL – success % 44.44.

# Jacques Kallis (2/7) has bowled quite well in his first two overs. (PTI)