Fleming said he felt Stars are well positioned to build on their semifinal finishes from the first four seasons.

After reaching the semifinals in four straight years, Stars have failed to make a final appearance and stated recently that they were exploring coaching options with Shipperd’s contract having expired with the franchise, reports cricket.com.au.

“I’ve been coaching in India for the past seven years in the Indian Premier League (IPL) and have watched the Big Bash League grow from afar. It’s a great opportunity to work with another T20 side – the Stars are an exciting club and I’m looking to develop my coaching through this opportunity as well,” Fleming said.

“Hopefully it’s an opportunity for me to bring in some fresh ideas from the IPL and my time as a New Zealand cricketer.”

The former left-handed opening batsman said he felt Stars are well positioned to build on their semifinal finishes from the first four seasons.

“What I’m looking to do is take my experiences from winning IPL and Champions League with Chennai and just try to create a calm sense that we can win the final – I don’t think there’s too much more to be done.”

Fleming played 111 Test for New Zealand, captaining them in a record 80 matches. He will next visit Melbourne in March for the World Cup and will use that opportunity to meet with players, coaching staff, key stakeholders and the Board. 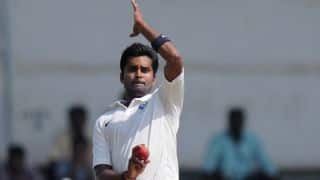