Steve and Mark Waugh are perhaps the most famous cricketing twins of all time.

Born July 2, 1965, Stephen Rodger Waugh and Mark Edward Waugh are perhaps the most famous cricketing twins of all time. Steve, nicknamed ‘Iceman’ and Mark, nicknamed ‘Junior’ are two of the most distinguished cricketers to emerge from Australia. The twins played a colossal 296 Tests and 569 One-Day Internationals (ODIs) between them, scoring a combined 35,025 international runs. While Mark was undeniably the more flamboyant and naturally gifted of the two, Steve was mentally tougher. Mark had the more distinguished ODI record, but Steve was miles ahead of his brother in the Test arena. Moreover, Steve captained Australia with distinction, leading them to the 1999 World Cup win and being at the helm of 15 of Australia’s 16 successive Test victories. READ: Waugh, Marshall, Bedser, and other twins who played cricket together

Mark is widely regarded as one of the ‘lazily elegant’ batsmen, the ilk of which Rohit Sharma belongs. Mark was also renowned for his slip fielding, and by common consensus is regarded as the greatest ever slip fielder. He held the record for most catches in Tests by a non-wicketkeeper with 181 catches, but his record has since been surpassed. Rahul Dravid now has that distinction with 210 catches. READ: Croatia’s cricketing connection with Steve, Mark Waugh

Both Steve and Mark started off as medium-pace bowlers, but back troubles affected them both. Mark took to bowling off-spin instead, while Steve almost gave up bowling entirely. Steve played a starring role in the 1987 World Cup, more with the ball, and then led Australia to victory in the 1999 World Cup. In doing so he became the first Australian along with Tom Moody to win two World Cups. 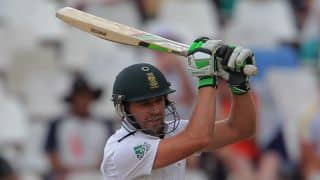