Steve Smith and David Warner, the suspended Australian duo is all set to return to Sydney first-grade cricket for their respective club sides in September.

Steve Smith and David Warner, the suspended Australian duo is all set to return to Sydney first-grade cricket for their respective club sides in September. Representing Sutherland and Randwick-Petersham respectively, Smith and Warner are likely to play their respective opening fixtures of the Premier Cricket season starting September 22. While their participation is yet to be finalised, it is believed that they will play the major chunk of the season.

Barred from participating in the IPL, Big Bash League and with English county sides warned not to consider them by the ECB, Smith and Warner are currently playing in the Caribbean Premier League in the West Indies for their respective sides Barbados Tridents and St. Lucia Stars. Smith also recently turned out in Canada’s inaugural Global T0 tournament, scoring 167 runs at an average of 33 in six matches.

Smith even regained the world number one test batting ranking earlier this week despite being out of action for Australia since March. Smith scored 41 in his debut for the Tridents, but Warner is struggling to get going having registered scores of 9, 11 and 7 for St. Lucia.

According to reports, Smith’s side Sutherland will host Mosman in their first fixture whereas Warner’s team Randwick-Petersham begin their campaign against St. George. The two are supposed to face each other in a one-day game on November 10 at a venue that is yet to be decided.

Smith and Warner, along with Cameron Bancroft, are currently serving 12-month bans from international cricket for their roles in the ball-tampering controversy that erupted in Cape Town, South Africa earlier this March but were advised to play at club level by Cricket Australia. 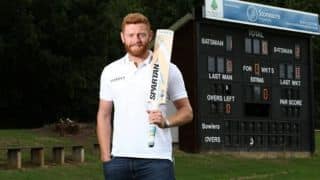 England vs India: Too early to think of a whitewash, India aren’t vulnerable: Jonny Bairstow 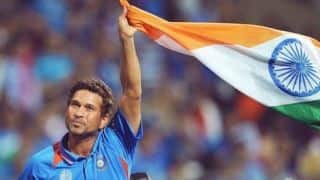