Steve Smith and Pat Cummins continue to top the ranking charts following their superb performances in the fourth Ashes Test.

Australia pair of Steve Smith and Pat Cummins continue to top the ICC ranking charts following their superb performances in the fourth Ashes Test in Manchester.

Smith, who scored a double-century and a brisk half-century across the two innings, saw him raise his tally to 937 rating points and is now just 10 behind his all-time best aggregate. He has also increased the gap between him and India captain Virat Kohli to 34 points and is virtually assured of keeping the top spot after the conclusion of the Ashes series.

Fat bowler Cummins finishing with match figures of 7/103 that helped him equal his career-best aggregate of 914 points the joint best for Australia alongside Glenn McGrath and joint fifth best overall.

Jos Hazlewood has also returned to the top-10, climbing up from 12 to eighth.

England suffered 184-run defeat allowing Australia to retain Ashes, trailing 2-1 in the five-match series with one game to go.

Two Englishmen Jos Buttler and Rory Burns have also seen their rankings improved. Buttler has risen to 37th spot while opener Burns has moved six places up to 61st spot.

Afghanistan cricketers have also progressed in the rankings following their historic win over Bangladesh in a one-off Test that concluded on Monday. Captain Rashid Khan, who starred in the victory with an all-round show that included two five-wicket hauls, has skipped 32 spots to be placed at 37th among bowlers.

Asghar Afghan, who scored twin fifties, has broken into top-100 and is now ranked 63 among batsmen while Rahmat Shah, who scored Afghanistan’s first Test century, moves from 93 to 65.

Mohammed Nabi, who called time on his Test career after the Bangladesh match, is ranked 85th among bowlers. 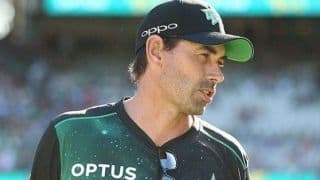 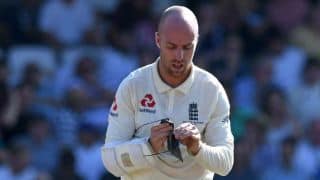