Smith's one-year ban for ball-tampering expires in late March and he, along with David Warner, become eligible for international selection again on March 29.

Former Australia cricket captain Steve Smith‘s surgery for an elbow injury went “very well” and he remains on track for the World Cup in England, his management said.

He went under the knife and is currently in a brace.

“Until the brace comes off we don’t know for sure but all current opinion is that he’ll then have about three-and-a-half weeks (before being ready to play),” he said.

“The intent is that he will play in the IPL (Indian Premier League) and then the World Cup and then the Ashes.”

His comments appeared to rubbish reports this week that Smith may miss the one-day World Cup and return to cricket through the Australia A tour of England that coincides with the showpiece tournament that begins in late May. (ALSO READ: Steve Smith successfully undergoes surgery, return date undecided)

Smith and David Warner become eligible for international selection again on March 29 after serving year-long bans for their part in attempting to alter the ball during a Test against South Africa.

Warner also returned home from Bangladesh to have an injured elbow assessed, but it is not believed to be as serious as Smith’s. He was due to undergo minor surgery in late January.

Australian Test skipper Tim Paine on Monday said he expected both of them to play “a huge” role in this year’s Ashes series against England.

Without the experienced pair, Australia have struggled, although they ended their summer on a high with a 2-0 series win over Sri Lanka.

“We know how good they are and hopefully once their bans are up they’ll be welcomed back and they will win Test matches like they did before,” said Paine. 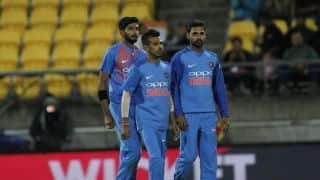 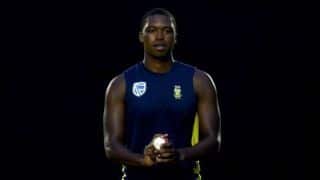