Smith, the No. 1-ranked Test batsman in the world, posted a picture on his Instagram account, to greet his followers on the festival of lights.

Steve Smith is no stranger to India… and apparently, it’s festivals as the Australia batsman, on Sunday, wished people across the country a Happy Diwali. Smith, the No. 1-ranked Test batsman in the world, posted a picture on his Instagram account, to greet his followers on the festival of lights.

Happy Diwali to all of my Indian friends out there

This isn’t the first occasion of Smith wishing his Indian friends Diwali. Two years ago, the former Australia batsman had shared a similar post on October 18, captioned “Happy Diwali to all my friends and fans in India.”

Smith had once said during an interview how he’s always loved touring India and called the country his “home away from home”. He last toured India in October 2017 before being banned from international cricket for 12 months. As a result of it, Smith missed Australia’s tour of India earlier this year before the World Cup, where the five-time World Cup winners beat the home team 3-2 in a five-ODI series.

“I love India, and I really enjoy being here for long periods while playing,” Smith had told Hindustan Times in 2017.

“We come so often, it has almost become my home away from home. I even have favourite restaurants. The food’s a bit spicy for me, but I can certainly make out the difference between North Indian cuisine and a South Indian preparation. Outside, the temperature takes a toll on you, but the warmth of the people makes up for that.” 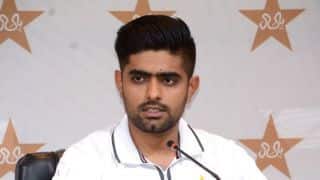