Former Australia skipper Steve Waugh on Sunday said that lie-detectors can be used to reduce match-fixing in cricket. Former Australia skipper Steve Waugh on Sunday said that lie-detectors can be used to reduce match-fixing in cricket.

Waugh also said that fixing is a serious issue that is affecting cricket and wants the use of polygraphs to eradicate gambling and match-fixing.

“This is the most serious issue facing the game. We can’t dismiss it this lightly,” Waugh wrote in his new book, The Meaning of Luck, according to Herald Sun.

“If a player hasn’t done anything wrong, he won’t be afraid. If he’s been accused, he will have an avenue to help clear his name.”

“Maybe it could break open cases, if the lie detector itself or the mere threat of its use led to dishonest players confessing because they sensed a net was closing in on them,” Waugh said.

“At the very least, it might stop people saying to me, ‘How many games did you play in that were fixed or you thought weren’t 100 per cent authentic?’, he added.

Waugh also said that developing T20 tournaments could fall prey to the threat of match-fixing.

“I believe we must explore every avenue available that might help diminish and then end the scourge,” Waugh said.

“A solution will be very costly. It will require courageous people to oversee its implementation, [but] it must be done.”

He also said he was sick of watching cynics suspect every dropped catch or a no-ball as being fixed. 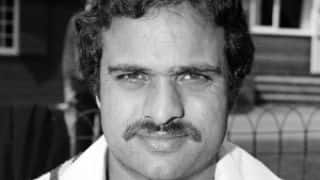