Steve Waugh has said that New Zealand has set the blueprint for England cricket team to rebuild on and off the pitch.

Wellington: Former Australian cricket great Steve Waugh has said that New Zealand has set the blueprint for England cricket team to rebuild on and off the pitch. The English, on tour in the West Indies , endured a disastrous 12 months culminating in their shock group-stage exit from this year’s ICC Cricket World Cup 2015, while New Zealand, on the other hand, floated to the tournament final against Australia under the inspirational leadership of skipper Brendon McCullum. IPL 2015: Top 5 ICC World Cup successes to watch out

Barely two years earlier, New Zealand were in a hole -bowled out for 45 by South Africa in the first innings of a Test match in Cape Town, Stuff.co.nz reported. Waugh Said that England need to have a plan, believe in it and stick to it, insisting that while it mightn’t work straight away, the results would come. He said that he thinks the blueprint is New Zealand cricket over the last couple of years. Steven Smith: The best is yet to come

The former Australian skipper said that the Black Caps seemed to be in real strife two or three years ago, and people were saying that they’re not competitive in Test cricket and OK in one-day cricket, but he added that one has seen what New Zealand has done over the last two years with a positive attitude. Waugh pointed out that the Black Caps have changed their pitches -the pitches in New Zealand are much quicker and bouncier, which promotes much better cricket; adding that it’s also encouraged fast bowlers and stroke-play and one sees that they’re much more positive in their cricket. 5 awesome Sachin Tendulkar moments you cannot forget from ICC Cricket World Cup 2015

Waugh said that there’s also been some good things happen behind the scenes there, adding that New Zealand squad has found a really good positive leader who’s encouraged the players to play their natural way and not be scared of failure. 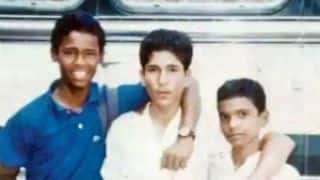