Former Australia captain Steve Waugh has come out in support of Australia‘s 4 best pace bowlers, saying that the quartet is as good as any other bunch of fast bowlers the world has seen. Waugh, who has also played against the likes of West Indies’s menacing pacemen Curtly Ambrose, Courtney Walsh, Malcolm Marshall, Joel Garner and Ian Bishop, feels that Australia’s top four bowlers are capable of much more than they have shown until now. Waugh’s indication was towards James Pattinson, Pat Cummins, Mitchell Starc and Josh Hazlewood, who have although given wonderful individual performances, they haven’t really had the chance to play together for Australia. ALSO READ: Mitchell Starc: Break helped me overcome mental fatigue

Although, the four have shown signs of injuries early in their career, Waugh thinks that if they play together, Australia might just be unbeatable. He said – ” I can’t wait for all of the quicks to get together who are injured now,” as quoted by foxsports.com.au. He added – “James Pattinson, Pat Cummins, Mitch Starc and Josh Hazlewood as a quartet would be as good, if not better, than any quick bowling quartet in the history of the game.” ALSO READ: West Indies Tri-Nation Series: Josh Hazlewood’s comparisons with Glenn McGrath reignite

Pattinson has taken 70 wickets in 17 Tests that he has played since his debut in 2011 and has looked promising.Pat Cummins took 6-79 on his Test debut against South Africa and looked all set for making it large, but hasn’t played any Tests since. Meanwhile, Hazlewood has been impressive in his chances as well and Starc has undoubtedly been Australia’s best bowler by miles in both Tests and ODIs.  Waugh felt – “They haven’t come together as a unit yet but when that happens I think Australian will be pretty much unbeatable, we’ll go to the next level.”

Waugh, also felt Australian cricket was in its exciting phase and heaped praise on Steven Smith. He said – “Steve Smith is a great leader and people want to play for him, which is absolutely crucial as a captain.” He added – “Dave Warner is an amazing cricketer and Usman Khawaja is coming through nicely. It’s an exciting time and we have some really good young players.” 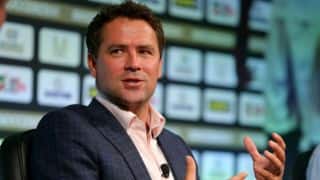