Former Australian cricketer Steve Waugh says he fails to understand why Ricky Ponting was chosen as the stand-in captain in place of injured Michael Clarke for the sixth ODI against Sri Lanka. 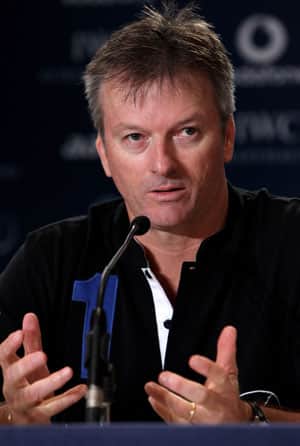 Former Australian captain Steve Waugh says he fails to understand why Ricky Ponting was chosen as the stand-in captain in place of injured Michael Clarke for the sixth ODI against Sri Lanka.

But the former cricketer could not understand why someone like David Warner wasn t given an opportunity, despite him being Clarke s deputy.

“If David Warner is in there as vice-captain, I assume they think he’s leadership material and if he’s vice-captain why can’t he captain the side as well?,” Waugh told Herald Sun.

“Ricky will do it blindfolded but the future is probably David Warner, so I’m surprised they didn’t go to Warner.”

However, chairman of selectors John Inverarity said Warner is still too young to shoulder captaincy responsibilities at the moment.

“David Warner is a young player making his way,” Inverarity said in a statement announcing the 14-man squad to play Sri Lanka on Friday and then India in Brisbane on Sunday.

“He displays considerable leadership potential, but the NSP (national selection panel) is of the view that he should not, at this moment, have the added responsibility of captaincy thrust on him.

“David has been gaining valuable experience under Michael Clarke’s captaincy and now he will have the opportunity to grow his leadership skills further as vice-captain to Ricky Ponting.”

Given Warner s role in the side, Waugh thinks this idea does not make sense to him.

“I’m surprised that they didn’t go for the future, maybe they think Dave is not quite ready but then why is he vice-captain?,” he said.

There weren t too many surprise changes, as Clarke is expected to return to action for Sunday s encounter against India at the Gabba.

However, wicketkeeper Brad Haddin s exclusion has once again given credence to Waugh s opinion that he was being dropped under the term “rested.” He said that the selection panel needed to clarify their decision.

“There’s mixed messages there. “If he’s rested, why doesn’t he come back in and be the captain? He’s the vice-captain of the Test side, so there was the opportunity for maybe Brad to captain the one-day team.

“But obviously, he’s having an enforced rest. I’m not sure what it is but it’s a bit confusing and it would be good for someone to clear it up.”