Warne said that he found support in Allan Border, who was part of the selection committee at that time.

Cruel memories of the 1999 Test against West Indies for which he was axed are still fresh in former Australia leg-spinner Shane Warne s mind. In fact, Warne revealed that he felt, totally let down by Australia s then captain Steve Waugh when he was dropped from the playing XI for the fourth Test.

Warne also termed his captain as the most selfish player I ever played with, and was only worried about averaging 50″.

During their tour of the Caribbean, Waugh was appointed Test captain and Warne as his deputy. Australia won the first Test by 312 runs, but Brian Lara s sublime centuries in the next two ensured West Indies stormed back. West Indies were leading 2-1 into the final Test in Antigua. Warne s figures in the first three Tests were a poor two wickets at 134.00.

In an extract from his book, Warne describes how the selection meeting panned out before the final Test.

“I was vice-captain and bowling pretty ordinary and Tugga [Waugh] opened the selection meeting between the two of us and Geoff Marsh, the coach, by saying, ‘Warney, I don’t think you should play this next Test.’

“Silence. ‘Er, right,’ I said. ‘Why?’ ‘I don’t think you’re bowling very well, mate.’ ‘Yes… fair call,’ I admitted. ‘My shoulder [after surgery] is taking longer than I thought but it’s close now. The feel is slowly coming back and then the rhythm will come, mate. I’m not worried.'”

Warne wrote that he found support in Allan Border, who was part of the selection committee at that time. “I back Warney every time. The situation is made for him. Anyway, we owe him. Think of what he’s done for Australian cricket. We need to show faith,” Warne wrote.

Warne wrote that Waugh was adamant that he has to be dropped. “No, I appreciate your thoughts, AB, but Warney’s not playing. I’m going with my gut here. Sorry, guys.”

Australia squared the series, but not without a disappointed Warne. “Disappointed is not a strong enough word. When the crunch came Tugga didn’t support me, and I felt so totally let down by someone who I had supported big time and was also a good friend,” he wrote.

“I conducted myself badly, to be honest. I wasn’t that supportive of the team, which I regret. Looking back, this was probably a combination of the shoulder issue still eating away at me and the pure anger bubbling inside at Steve’s lack of trust.

During the first three Tests, at various times some of the bowlers came to me, grumbling about Tugga’s captaincy and field placements and stuff. I said I was backing him to the hilt and if they had a problem with the captain they should go see him direct. Perhaps because of this, I was deeply disappointed that he didn’t back me in return.” 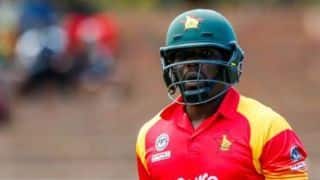