Liam Plunkett has been named Steven Finn's replacement in the upcoming ODIs, T20Is.

England pacer Steven Finn has been ruled out of the upcoming fourth Test against South Africa at Centurion due to a side strain that he developed during the third Test at Johannesburg. Finn is also not expected to feature in the One-Day International (ODI) series that will follow the Tests, as the England team will not be inclined in risking him for the limited-overs fixtures as he will be among the main bowlers for the team in the ICC World Twenty20 that will take place in March-April in India. Liam Plunkett has earned a call into the ODI and Twenty20 International (T20I) squad following the latest development, with Chris Jordan, Chris Woakes and Mark Footitt the likely candidates to replace Finn in the final Test. FULL CRICKET SCORECARD: South Africa vs England 2015-16, 4th Test at Centurion, Day 1

“I’d be surprised if he plays the next Test, and depending on how bad it is possibly the one-day series as well. I’ve been impressed with his bowling — in fact in the first couple of Tests, you’d probably say he was our best bowler.

“He was getting the ball through well, bowling good areas, he was difficult to play,” England coach Trevor Bayliss was quoted as saying according to a report on British daily The Telegraph.

Disappointed to be out of the rest of this South Africa tour. Have loved every minute. Bloomin’ injuries. Hopefully not too long out. 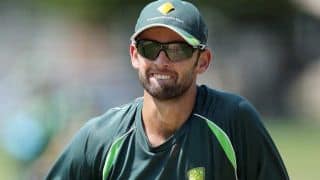 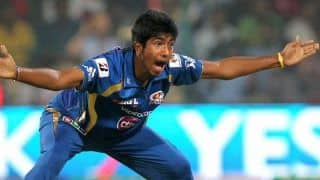 Jasprit Bumrah credits IPL for his development as cricketer