Liam Plunkett was dropped from the English side for the third Test at Southampton.

The England and Wales Cricket Board (ECB) announced on Sunday that fast bowler Liam Plunkett will be replaced by Steven Finn for the fourth Test match against India at Old Trafford, starting on August 7. Plunkett has been ruled out of action due to ankle injury.

Plunkett, who was England’s star performer with a half-century batting lower down the order in the second Test at Lord’s was dropped for the third match of the five-match Test series. England won the third Test by 266 runs to level the series 1-1.

Liam Plunkett experienced some left ankle discomfort at the end of the 2nd Test and will miss the 4th Test as this continues to settle.

.@Liam628 will be replaced by @finnysteve in the squad for the upcoming Test at Emirates Old Trafford #EngvInd

India have also made changes in their squad for the match, bringing in Naman Ojha in place of the injured Wriddhiman Saha as the reserve wicketkeeper-batsman in the series. The fifth and final Test of the series will be played at The Oval. 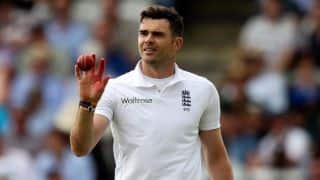 James Anderson deemed not guilty due to lack of evidence: Gordon Lewis 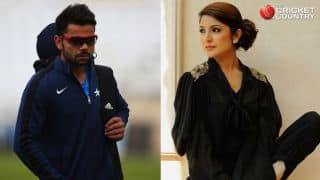