Gerrard has played both against Messi and Ronaldo during his playing days but has faced the Portugese superstar on more occasions.

New Delhi: This year’s World Cup will be a bit different from those of the other editions as football’s two greatest ever gifts- Argentina’s Lionel Messi and Portugal’s Cristiano Ronaldo will be competing for possibly the last time ever at the greatest show on planet Earth. It will be an emotional send-off for both the great men as an era full of heated rivalry, 1000+ goals, innumerable accolades will come to a glorious end as two of the longest serving footballers of the current generation prepare to bid adieu to the biggest showpiece event.

Aston Villa manager and Liverpool legend Steven Gerrard while in conversation with Give Me Sport has his say on the heated debate between the two footballing stars. The England legend chooses Lionel Messi over Cristiano Ronaldo as he prefers more of a team man than an individual player.

“There are certain players who are on a different level to anyone else out there, Lionel Messi and Cristiano Ronaldo. But Ronaldo doesn’t get in my team. I am more about what you are going to do for the team. What are we going to achieve together? Ronaldo will win you things but I am more about a team player than an individual player, so I’ll always go down that road”, he told.

Gerrard has played both against Messi and Ronaldo during his playing days but has faced the Portugese superstar on more occasions.

Both has won two international trophies each and would be looking to end their national careers on a good note by winning the World Cup. 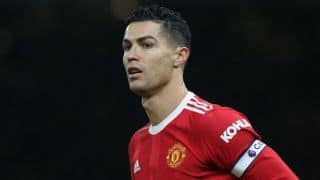