Sydney:  The series long pocketed but their appetite for wins far from satiated, Australian captain Steven Smith and coach Darren Lehmann on Friday said the hosts will not take it easy in the fifth and final cricket one-dayer against India here on Saturday. Australia, in a remarkable display of all-round skills, have established a 4-0 lead in the series, chasing down two 300-plus targets in the process. “5-0 is our goal, we have played some very good one-day cricket. So it will be a fitting finish to the summer. The way we showed our skills in Canberra under pressure was very pleasing. (But) we certainly don’t feel invincible but we have great confidence in our skill sets,” Smith said ahead of tomorrow’s match. LIVE CRICKET SCORECARD: India vs Australia 2015-16, 5th ODI at Sydney

Lehmann also said the Aussies won’t be struck by the ‘dead rubber syndrome’. “Every game is important, whether it is 5-0 or 4-1, or 3 -2, it doesn’t matter. When you are playing cricket for Australia, you actually want to win every game. We have a job to do, and entertain the crowd in the process,” he said. Reflecting on the win in the fourth ODI, Smith said it was a remarkable effort by his boys given that India were cruising along at one stage during the 349-run chase, “There’s no doubt that Wednesday night’s win over India at Manuka Oval was one of the best that I’ve been involved with as an Australia player, given the circumstances we found ourselves in and the top-shelf quality of our opposition,” he said in a column for Cricket Australia.

“It wasn’t looking great for us when India were 1-277 and them needing 72 to win at less than a run per ball. You generally see a batting side get home quite easily from that position, but great credit to our boys and their ‘never-say- die’ attitude. We were able to build a bit of pressure, take a couple of wickets and slow the run rate, and then continued to take wickets as we mounted what turned out to be a fantastic comeback led by John Hastings and Kane Richardson,” he added. READ: Steven Smith completes 2,000 runs in ODI cricket

Smith said his bowlers did well to capitalise on the inexperience of the Indian middle-order. “As Shikhar Dhawan and Virat Kohli kept building their partnership, our plan was always that a wicket or two might really change the complexion of the match but getting that breakthrough was proving to be pretty tough. But we also knew that India’s middle-order batting was quite inexperienced with a few guys making their international debuts in this series, so we thought if we got a wicket or two we could put some pressure on and perhaps squeeze them a bit.

“And when we did that, we were able to get a few of them to play big shots as the run rate grew, which helped us pick a few more wickets and it all just seemed to snowball from there,” he added. Smith said his side is very keen to make it 5-0 tomorrow and sign off the series on a high before the three-match T20 series starting January 26 in Adelaide, “That win has given us even more confidence and we head to Sydney today with a great opportunity to complete a five- nil series clean sweep against one of the best one-day teams in the world, which would be a great feat if we can get there at the SCG on Saturday.

“Once the VB Series is completed on Saturday, we turn our attention to the three KFC T20s against India starting in Adelaide on Australia Day which is also the day that India celebrates its Republic Day and those games will be a crucial part of our preparation for the World T20 in March,” he said. Smith will play only the opening match of the T20Is and Aaron Finch will lead the side when he and opener David Warner take a break, “Of course, the captaincy duties for our T20 team rest with Aaron Finch and so I’ll be looking forward to the opportunity of simply going out there as a player on Australia Day to try and score a few runs and maybe take a couple of catches. I’m sure it will be great fun,” he said. 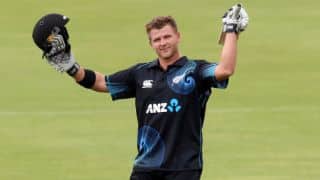 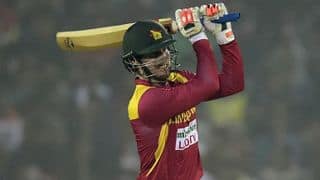