Shane Warne has thrown his rabbit in the hat, and labelled fellow countryman, Steven Smith as a better Test batsmen than Virat Kohli. Warne was sharing a list of top 10 batsmen that he has played with, seen or against. Writing for News Corp column, Warne said: “To me Steve Smith is the best Test batsman in the world. Virat Kohli is the best across all three formats of the game, but across five days, Steve Smith is the man.”

Warne justified his claim by stating the reason for naming Smith better than Kohli.

He said: “I don’t assess greatness by stats, but rather by the way someone played the game, the way they influenced results and the impact they had on all of us. To me a great batsman has to have made a hundred in three key countries: in England, against the Duke ball on seaming and swinging pitches; in Australia, on our fast-paced, bouncy tracks; and of course, in the dust bowls of India, on pitches that spin and spit.”

He further adds, “The hole in Kohli’s CV on the Test match stage is in England and the pressure is on the fiery but very likeable Indian to carry over some double-ton magic from home soil to that country when his team tours next year.”

His top list is headed by Viv Richards, Brian Lara and Sachin Tendulkar. It was features the likes of Greg Chappell, Ricky Ponting and Allan Border.

Jacques Kallis and AB de Villiers come in at No.7 and 9 respectively. Graham Gooch is the only English man in the team at 8. Smith and Kohli come in at No.10 and 11. 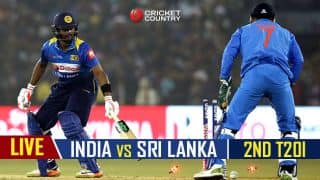 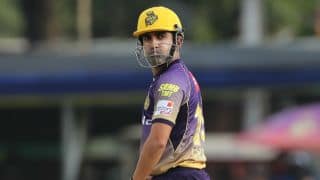