Australian captain Steven Smith started the five-match One-Day International (ODI) series against India with a bang as he slammed his fifth century in the format on Tuesday. This is only the fifth match that Smith is playing against India, but he already has two centuries against them. The last time when he scored a century, he powered Australia to a strong total in the semi-final match of the ICC Cricket World Cup 2015. Smith faced 97 balls and struck six boundaries and a six to achieve the feat against India. Smith and George Bailey have so far added more than 200 runs for the third wicket, and Australia now need another 81 runs from overs to win and take a 1-0 lead in the five-match series. LIVE CRICKET SCORECARD: India vs Australia 2015-16, 1st ODI at Perth

Earlier, Rohit Sharma slammed his 9th century in One-Day Internationals (ODIs) and Virat Kohli scored a splendid 91, as India hammered an inexperienced Australian bowling attack in the first match to post 309 for 3 on Tuesday. Rohit and Kohli laid the platform for a big total in the first innings for India as they added 207 runs for the second wicket — six less than the Indian record of 213 in Australia for any wicket. Live Cricket Blog & Score Updates: India vs Australia 2015-16, 1st ODI at Perth 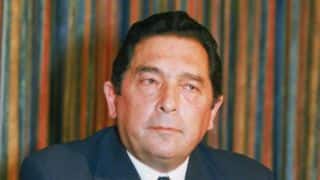 Ali Bacher: South African black cricketers should attend cricketing schools and get out of townships