"This period is set to include a significant amount of limited-overs cricket, including the ICC Cricket World Cup 2019 in England and Wales" - Trevor Hohns.

Fast bowlers were the winners as Australia’s post ball-tampering era began Wednesday with a heavily revamped list of nationally contracted players, minus the suspended Steven Smith and David Warner. The list of 20 men’s players offered deals by Cricket Australia for the 2018-19 season on the basis of their performances over the past 12 months included five first-timers.

Chadd Sayers, who has played Test cricket in the past six months, missed out. The minimum value of a contract for the upcoming season is Aus$286,000 (US$222,000). With the next World Cup falling within the contract period, selectors placed a strong emphasis on the limited overs formats in selecting players.

“This period is set to include a significant amount of limited-overs cricket, including the ICC Cricket World Cup 2019 in England and Wales,” said national selector Trevor Hohns.”For that reason, there has been a bit of a focus in this contracting period on white-ball cricket, as we look ahead to trying to win back-to-back World Cups.”

Test opener Matt Renshaw held onto his contract after being rushed in as a replacement for Cameron Bancroft in the fourth Test against South Africa late last month. But Joe Burns, who was also jetted to Johannesburg to help out after Smith, Warner and Bancroft were sent home over the tampering scandal failed to make the grade.

“It’s a tough process, but we re very satisfied with this group of 20 players,” said Hohns.”We think this a well-balanced list to represent Australia across all three formats.”

The ball-tampering scandal during the third Test in South Africa stunned the sport and sparked reviews into the culture within Australian cricket. Smith and Warner have been banned from international and domestic cricket for a year, while Bancroft was exiled for nine months, leaving the squad badly weakened. They have all apologised and accepted the sanctions. 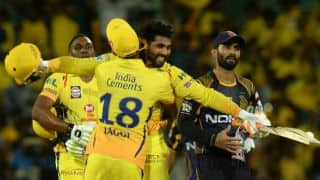 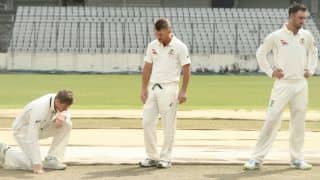