After the ball-tampering fiasco, Smith's role as captain of the Rajasthan Royals (RR) in the upcoming edition of the league has also come under clouds.

New Delhi: Infuriated over the recent unraveled ball-tampering scandal surrounding Australia, former Indian cricketer Atul Wassan on Sunday said that skipper Steve Smith should not be allowed to play in the upcoming season of the Indian Premier League (IPL).”It was very brazen of Steven Smith to just come and say that it was the team leadership’s decision to do that,” Wassan told ANI.

“I think he should not be playing IPL as just stepping down of captaincy and getting a ban of few matches is not enough for somebody of his stature. He is the guy people look up to. He and David Warner should not be playing in IPL. Those teams will have to take a hard call as game is bigger than the players.” Smith, on Saturday had admitted that he had masterminded an attempt by Cameron Bancroft to alter the condition of the ball during the third day of the Cape Town Test against South Africa.

Following the scandal, Smith and David Warner agreed to step down as captain and vice-captain, respectively, for the remainder of the third Test against South Africa. After the ball-tampering fiasco, Smith’s role as captain of the Rajasthan Royals (RR) in the upcoming edition of the league has also come under clouds. Speaking on these lines, Wassan said, “Bancroft is playing his eighth Test match and it’s sad that these players like Warner and Smith who are seniors made a youngster do which they were not willing to do. It was very naive of them to do that in front of so many cameras. This has brought a lot of disrepute to Australia.”

“Rajasthan Royals is in a fix now. They are coming back after two-years and they have made their strategy around Smith and suddenly they have got a tough call to make,” he added. (ANI) Taking note of the issue, the ICC has handed Smith a one-match suspension and fined 100 per cent of his match fee while Bancroft has been fined 75 per cent of his match fee and handed three demerit points. 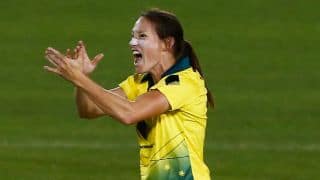