Former India opener Gautam Gambhir today termed sanctions imposed on Steven Smith and David Warner “harsh” and raised questions whether the errant duo paid the price for revolting against Cricket Australia on pay hike issue. Smith and Warner have been handed one year ban by Cricket Australia with rookie Cameron Bancroft getting a nine-month suspension for their involvement in ball tampering against South Africa in Cape Town. However, Delhi Daredevils captain Gambhir felt that Smith and Warner being the primary voices during the senior team’s pay hike dispute with the establishment might have played a role in their ouster.

Here are a series of tweets from Gambhir:

While cricket needs to be corruption-free but feel sanctions on Aussies bit harsh. Are @stevesmith49 & @davidwarner31 paying for revolt for pay hike? History has it administrators deride those who standup for players cause. Classic case: Ian Chappell #BallTampering #StevenSmith

Gambhir is the second Indian cricketer, after Rohit Sharma, who has come out in the open and supported the Australian duo. Even Parthiv Patel stated that he feels for Warner and Smith, but added that their absence from forthcoming IPL 2018 won’t affect the tournament.

BCCI followed CA’s path and banned both Smith and Warner from participating in IPL 11. Smith was to captain Rajasthan Royals, while Warner was slated to lead Sunrisers Hyderabad. 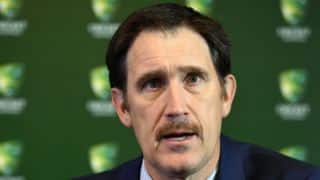