Steven Smith may not go neck and neck with Kohli in limited-overs, but he averages over 70 in Tests since 2014, also amassing as many as 20 hundreds.

Virat Kohli is already a great in contemporary cricket. He is the only one who averages over 50 across formats. Then there is Steven Smith. He may not go neck and neck with Kohli in limited-overs, but he averages over 70 in Tests since 2014, also has amassed as many as 20 hundreds in this period.

During Smith’s magnificent double-hundred in the ongoing 2017-18 Ashes, Michael Vaughan tweeted that Smith has joined Kohli in the freak category.

England are down in the dumps, losing grip over the urn. With a lead of 146 runs, Australia are way ahead in the race. Vaughan later tweeted that his team is doomed.

“I was in the zone and wanted to cash in today, started well and things went nicely from thereon, got ourselves into a nice position. They bowled OK at the back end, thought Dawid Malan was the pick of the spinners, to be very honest. We will need to come out tomorrow and bat a bit more positively,” said Smith, who registered his highest score (229*), after the day’s play.

Smith now has the second-best average in Tests, of course, behind Don Bradman. 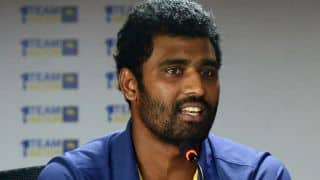