On seven tours since South Africa returned to international cricket in 1991, Australia have won five series and drawn two.

Johannesburg: Australia s Test squad, with the exception of David Warner, have arrived in South Africa ahead of a four-match Test series starting in Durban on March 1. The Australians arrived on Thursday night. Warner is the only member of the Test squad involved in a triangular Twenty20 series which ends in Auckland, New Zealand, on Wednesday. Australia will be defending a proud record in South Africa. Although they have lost three successive home Test series against South Africa, the tourists have yet to lose a series in South Africa in the modern era.

On seven tours since South Africa returned to international cricket in 1991, Australia have won five series and drawn two. The tourists have a potential 11 days to prepare for the first Test, including a three-day match against South Africa A in Benoni starting on Thursday. 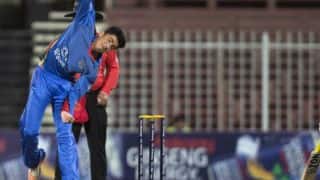