Smith and Wills have been together for six years, and had got engaged in 2017.

Steven Smith tied the nuptial knot with Dani Wills over the weekend, at the picturesque Bendooley Estate, Bernia, New South Wales. Smith and Wills have been together for six years, and had got engaged in 2017. The ceremony was attended by family and friends, including cricketers Nathan Lyon, Usman Khawaja, Mitchell Marsh, Moises Henriques, Pat Cummins, Peter Nevill, and Aaron Finch.

According to a report on Yahoo! Cricket, Wills donned a “plunging beaded couture gown by Australian Designers J Aton Couture” before changing into a “mini 80 s style version of her gown with accentuated shoulders”.

Smith uploaded a photograph from the ceremony, referring to Wills as his “best friend” on an “absolutely incredible day”, adding how “unbelievably beautiful” Wills looked.

Today I got to Marry my best friend. What an absolutely incredible day. @dani_willis looked unbelievably beautiful

Smith’s acquaintances and fans shared moments from the wedding as well. 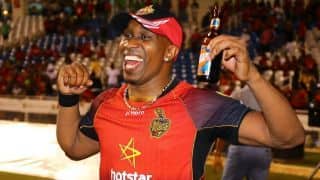 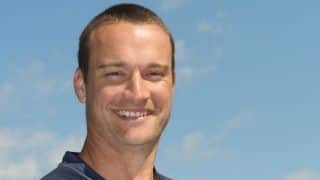