Steven Smith has already amassed 426 runs at 142 in this series as Australia lead 3-0.

Joe Root averages an impressive 52.37 in Tests. He is rated amongst the finest batters. His opposite number is Steven Smith whose brilliance in the ongoing Ashes has ensured Australia the urn. Smith has already amassed 426 runs at 142 in this series as Australia lead 3-0. It will take 18 ducks in a row for Smith to fall to Root’s average. Smith is in a different league. At a staggering average of 62.32 Smith has strengthened his claim to the next best after Don Bradman.

Australian coach Darren Lehmann reckons that Smith may go on to better the records of his predecessors Ricky Ponting and Michael Clarke.

By the end it might be a bit different, but Pup and Ricky Ponting at times were exceptional captains and exceptional batters, when they were leading the team. Statistically, you only see that at the end I suppose, but the way he s gone about it, averaging 72 or 73 as a Test captain, that s pretty special. For him to keep delivering what he needs to do is exceptional under the pressure he s under in Ashes series, Lehmann said.

From making his debut as a leg-spinner who batted at No.8 to the best batsman, Lehmann has observed Smith’s transformation from close.

So for me, seeing him evolve from that first Test hundred at the Oval to now he just changes his own plans to what the bowlers are doing and what the wicket s doing, and what the game needs. He s gone to another level, which is pleasing, he said.

Lehmann wants Australia to go out and express themselves as they have bagged the Ashes.

Ashes cricket is high pressure, everybody is nervous every ball, every session. It s been that way for 15 days so far, so they can go and express themselves a little bit more. We ll be playing the same brand of cricket but obviously with less pressure on us. it ll be interesting to see how we respond to that. Boxing Day and SCG are fantastic Test matches to be a part of. 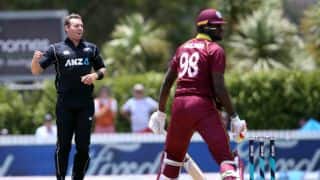