Unlike his predecessors Ricky Ponting and Michael Clarke, Steven Smith was not given a well-oiled Test team. Smith in his young captaincy career for Australia has seen more lows than ups. Now in an interview, Smith has opened up about the Test that made him mature and recognise his role as a captain even better.

It was during last year s dreadful show against South Africa at Hobart that has made Smith the captain he is now. Australia suffered a defeat by an innings and 80 runs. It was Australia s fifth consecutive Test losses, which lead to wholesome changes in selection criteria.

I need players that are willing to get in the contest and get in the battle and have some pride playing for Australia, some pride in the Baggy Green. At the moment it is not good enough, I am quite sick of saying it to be honest with you. It has happened five Tests in a row now, we ve lost five in a row and for an Australian cricket team that is humiliating, Smith had then revealed.

With a shake up in the national side, Australia thrashed Pakistan 3-0 at home, lost to India1-2 in India and drew with Bangladesh 1-1 in the last assignment.

In an excerpt from his book titled, The Journey, smith writes, I think it was the first time my teammates and the team management had seen and heard me not only speak my mind to that extent but also get a little emotional.

as hard as it was to take at the time, that defeat coming off the back of losses in Sri Lanka and South Africa helped me realise that captaincy was not just about making bowling changes and turning up for the toss. It was also about showing leadership with the bat and underlining to my teammates what was expected of them.

It taught me to be more vocal about my feelings, and the way I handled the public scrutiny and the transition we went through gave me confidence to know I was capable of dealing with whatever the job could throw at me. What I said after the (Hobart) match, both to the media and afterwards to the players and support staff was unscripted and from the heart.

I opted for the media conference equivalent of ‘See ball, hit ball’, simply responding as truthfully as I could to everything that was put to me.

His next assignment is The Ashes 2017-18 against England starting November 23 at Brisbane. 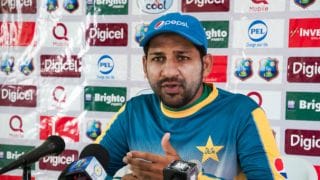 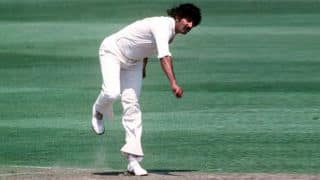