Australia could not complete a clean sweep as they lost the final ODI by six wickets.

Sydney: Having missed a chance to sweep the five-match cricket series after taking a 4-0 lead, Australian skipper Steven Smith said poor fielding was responsible for his side’s six-wicket defeat to India in the fifth One-Day International (ODI) on Saturday. After putting up a challenging 330 for seven while batting first, the hosts could not stop the Mahendra Singh Dhoni-led side from getting a tense win after achieving the target with two balls to spare. The Australian fielders dropped Rohit Sharma (99) and Dhoni (34) at crucial junctures apart from other sloppy fielding misses to let the visitors off the hook. In the end Manish Pandey drove the visitors to victory with an unbeaten 104. Full Cricket Scorecard: India vs Australia 2015-16, 5th ODI at Sydney

“We didn’t score too many runs in the last two overs and then dropped our chances. I think both factors cost us today. But fielding cost us quite a lot tonight. We dropped a couple of regulation chances and when you drop players like that they are going to come back and bite you. Spider cam was our best fielder tonight, saved us four runs,” said Smith after the defeat. Full updates: India vs Australia 2015-16, 5th ODI at Sydney

“The plan was to not give anything away to MS Dhoni. The first plan was to get him out, but we failed to take the chance that we got. We were able to put pressure on him when he first came to the crease, get a few dots on him as we were trying to take a wicket. He is a dangerous player and finds a boundary at the right time, and for him to hit a six in the last over, that got them home I guess,” he added. READ: Manish Pandey century masterminds India’s thrilling last-over victory over Australia in 5th ODI at SCG

The series though belonged to the batsmen, who plundered runs aplenty much to the disappointed of the bowlers. Indian batsmen scored 300 runs in almost every innings, with Man of the Series Rohit Sharma alone scoring 400-plus runs in five matches. Australia too haven’t been far behind, trumping those scores on four of the five occasions.

Smith rued the changing character of the Australian tracks that gave little help to the bowlers. “It was a remarkable to see 3000 runs scored in five ODI matches. The most disappointing thing was the characteristic of our wickets. I would like to see the WACA and the Gabba produce the traditional fast and bouncy wickets that we are used to. I thought they were pretty slow and beginning. It was very difficult for the bowlers,” Smith said.

“I am proud of my bowlers in this series. They have bowled beautifully given that our experienced bowlers are out at the moment and we have an inexperienced attack. We have managed to pull it back in every match, including tonight. So I am really proud of those guys,” he added.
Smith was also full of praise for the two Indian youngsters — medium-pacer Jasprit Bumrah and top-order batsman Pandey — who helped set up the win for the Men in Blue.

“I have seen him in the IPL and he has been pretty successful in that tournament. He has quite an awkward action, a bit different and he gets the ball onto you a bit quicker than you expect it to. He rushed me a little bit tonight with the one he got me with, but I think all the other batsmen did a good job against him,” Smith said about Bumrah’s debut effort of 2-40.

Talking about Pandey’s maiden ODI hundred, he said, “I have also heard a lot about Manish Pandey who is also the first Indian to get a hundred in the IPL. That’s a special feat and I did play with him a little bit for Pune Warriors. He is a quality young player and hits the ball extremely crisply. He has a nice technique and he really stepped up tonight. I thought it was a magnificent innings today, played under extreme pressure to take his side home,” said Smith. 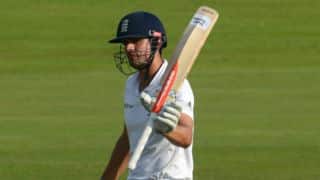 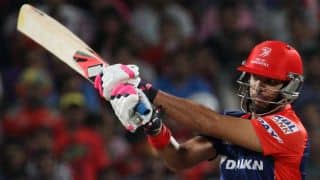