Steven Smith is already scrutinising the twin vacancies up for grab in the Australian Test side for the wicketkeepers.

The Ashes are almost upon us. Tensions are soaring high in the Australian camp as their hunt for the ideal wicketkeeper is still on. Matthew Wade has not been in great form on either side of the stumps. Steven Smith is yet to find the perfect player to fit in that all-important slot. Peter Nevill and South Australia s Alex Carey are among the probables to don the big gloves in The Ashes. At this stage, as he told cricket.com.au on the eve of the Sheffield Shield match at Adelaide, he still plans to scout more talent in the Shield matches. Ashes 2017-18: Ian Bell calls Australia nervous

On the act of a wicketkeeper: Around the world, every team has had that balancing act with trying to get the right balance between wicketkeeping and batting. Wicketkeeping is more important, and it s also what they bring to the team and the energy they provide out in the middle to ensure they re driving the other players around the group. That s a big job of the wicketkeeper. Joe Burns wants Australia to pick Matt Renshaw for Ashes 2017-18

On favourites for the Ashes squad: Everyone has a chance if they re putting performances on the board. We ve said that for a while. We ve taken a bit of a stance at Cricket Australia of picking some younger guys, that was a bit of a directive from the Board and we saw some young guys come in Matthew Renshaw, Peter Handscomb and guys like that and do a really good job. There s a bit of pressure on for some spots so we want to see guys play under pressure and play well. We spoke about that in Bangladesh after the two-Test series last September.

On Wade s spot in the side: Wadey was honest himself and said he needed to score more runs, and he came back and played a couple of good innings in the JLT Cup and he s got another opportunity to put his name up there again in these Shield games. 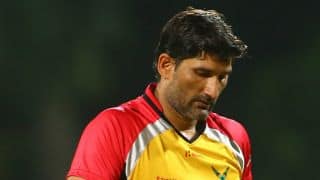