Steve Smith's manager has alleviated the doubts surrounding his availability saying the surgery has gone well and he's still a contender for the world cup squad.

An elbow injury might push back Steven Smith‘s comeback to international cricket and could even see the former captain missing the ICC World Cup 2019. However, Smith’s manager has attempted to alleviate the doubts surrounding his availability saying the surgery has gone well and he’s still a contender for the world cup squad.

Smith underwent a surgery on his elbow last month and is currently undergoing a comprehensive rehabilitation process that will see him being in a brace for six weeks. Reports have claimed that Cricket Australia (CA) would be avoiding to risk Smith for the World Cup in England and instead he would tour the country as part of an A squad to prepare for the Ashes series. (ALSO READ: Elbow concern puts Smith s World Cup in doubt)

While the picture is still not clear, as per the current plan, Smith is targeting a return to professional cricket through the Indian Premier League that gets underway from March 23. “Until the brace comes off, we don’t know for sure but all current opinion is that he’ll then have about three and a half weeks (before being ready to play),” Warren Craig, Smith’s manager, told Cricket.com.au. “The intent is that he will play in the IPL and then the World Cup and then the Ashes.”

Smith and David Warner are currently in the last stages of their one-year ball tampering bans and will become eligible to represent Australia from March 29. While both have undergone elbow surgeries, only Warner’s return seems imminent. 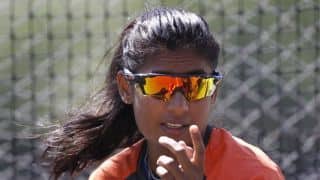 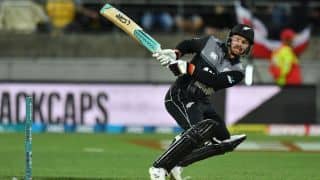