Smith was born in Sydney, and had been encouraged early by his father, Peter, to hone his skills in the game.

Born June 2, 1969, the intelligent and prolific Australian middle-order batsman Steven Smith turns 26 on Tuesday. In his first series captaining the side, in the absence of Michael Clarke in the last Border-Gavaskar Trophy, he scored a Bradmanesque 769 runs, with four centuries and two fifties. READ: Smith & others to score 100s in each Test of a series

Smith impressed with his staid and intelligent character as a prospective future leader of the team. This was capped off by the Allan Border medal, for the best Test cricketer in Australia for the year, being presented to him at the end of the series. READ: Steven Smith creates unique record

But his prominence has been catalysed by his record in the last two years, with most of his Test and One-Day International (ODI) centuries collected so far in his career coming in this period. In the ten Tests since the start of last year, he has scored 1,334 runs at an average of 83.37, and backed his consistency in the 50-over format, with 1,169 runs in 25 matches at 58.45. Smith has scored 10 of his 12 centuries in all international cricket in this period. He was the sixth highest run-getter in the World Cup, with 402 runs in seven innings.

But Smiths started his journey slowly. He first gained recognition with his bowling — he took the most wickets in the Australian domestic Twenty30 competition in 2008, which was a successful event for his team. Though leg spin has been relegated to being brought out only occasionally, he is still a handy Twenty20 player; he scored 293 runs at 26.63 in the recently concluded Indian Premier League (IPL).

That he could join eminence as an Australian cricketer was predicted by Steve Waugh, as early as in April, 2010, in an interview with Harsha Bhogle. READ: ICC Cricket World Cup 2015: Steven Smith en route carving name in book of legends

Smith was born in Sydney, and had been encouraged early by his father, Peter, to hone his skills in the game. That journey, with his calmness and focus, has reaped rewards for him. 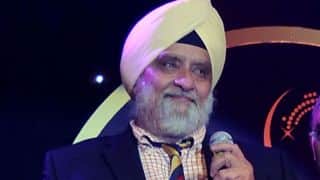 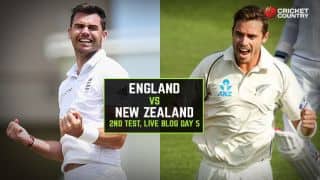