Cricket Australia last week suspended Smith and David Warner from all international and domestic cricket for a year.

Former captain Steven Smith said Wednesday he desperately wants to play for Australia again but will not be challenging a 12-month ban for a ball-tampering scandal that rocked cricket.

Cricket Australia last week suspended Smith and David Warner from all international and domestic cricket for a year, while opening batsman Cameron Bancroft was suspended for nine months for the incident during the third Test in South Africa.

All three players have admitted what they did was wrong and a wave of sympathy has been growing for Smith since his public apology, during which he broke down in tears.

The trio have until Thursday to tell Cricket Australia whether they accept their punishment or will opt for a hearing, as is their right.

Warner and Bancroft have yet to comment but Smith, a golden boy who is compared to Donald Bradman for his batting exploits, took to social media to make clear he would do his time.

“I would give anything to have this behind me and be back representing my country,” he tweeted, in his first comments since the emotional press conference on his return to Australia last Thursday.

“But I meant what I said about taking full responsibility as captain of the team.

“I won t be challenging the sanctions. They’ve been imposed by CA to send a strong message and I have accepted them.”

Smith the world’s number one Test batsman was charged with knowledge of the potential ball-altering plan, while Warner was charged with developing the plot and instructing Bancroft to carry it out.

Since the scandal erupted, Smith has lost a lucrative IPL contract and has been dumped by sponsors.

The Australian Cricketers’ Association on Tuesday called for the bans to be reduced, arguing the punishment was disproportionate to previous ball-tampering cases.

ACA president Greg Dyer pointed to the separate International Cricket Council sanction, which suspended Smith for one Test and docked him his match fee.

He also said the contrition expressed by players has been “extraordinary” and should be taken into account, urging a relaxation to allow the men to return to domestic action sooner.

With the World Cup and an Ashes series in 2019, supporters of the players believe they need to be playing state cricket to be in the type of form that could warrant selection.

Meanwhile, the British media has reported that Smith, who has also been banned to play domestic cricket but allowed to compete in grade cricket in his country, may turn up for an English County side when the season begins April 13. 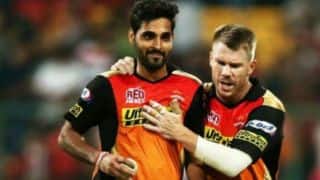 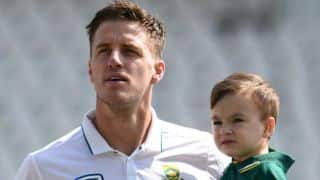