MS Dhoni had drawn a lot of flak following India's dismal performance in England. The India skipper has been confronted with similar problems on the Australian tour. Seven successive Test defeats overseas show him in poor light but former players feel captain can't be blamed for India's debacle. 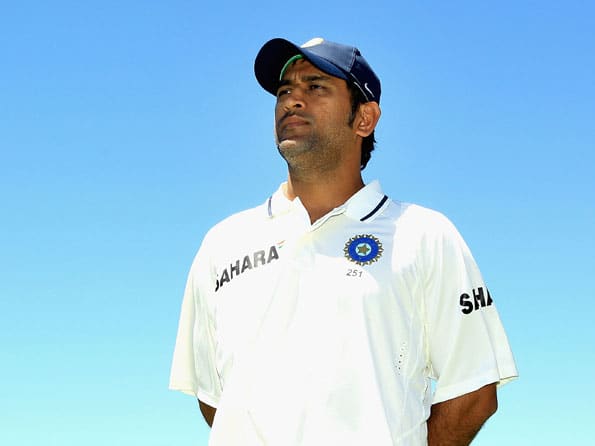 MS Dhoni had drawn a lot of flak following India’s dismal performance in England. The India skipper has been confronted with similar problems on the Australian tour.

India s World Cup winning captain, Kapil Dev, said a captain is only as good as his team and Dhoni should not be blamed for India s horrible performance

“A captain is only as good as his team. He has an excellent and proven record. A fantastic record! How many captains would stand up and take the blame? He did it. He has always led from the front and has been a true ambassador of the game,” Kapil was quoted saying by SportsStar.

“Tell me, do you have a replacement (for Dhoni)? You don’t have a 13th proper cricketer in this team. You have no options. So stop blaming Dhoni.”

Former chairman of selectors, Dilip Vengsarkar said India failed as a team and Dhoni should not be made the scapegoat.

“I have always found Dhoni brilliant. We failed as a team, so why blame Dhoni alone? India performed below potential and that’s why all this talk of blaming Dhoni. We have limitations in every department even though we appear very strong on paper. I think he would still deliver.”

Bishan Singh Bedi feels Dhoni is going through a difficult phase and it would be unfair to cricticise him at this juncture.

“Honestly, Dhoni has been very lucky. All have seen it and I don’t have to elaborate. I would not like to say much beyond this at this time. He is going through a difficult period and it would not be correct to slam him when he is down and out.

“I don’t want to pull him down really. You may draw comparisons as you wish to, but a captain can’t be judged by statistics. Dhoni has backed his players and handled pressures well in the past. He is under immense pressure now and needs to be supported.”

“He has generally been very good. Every captain goes through this phase and now it is Dhoni’s turn. But don’t blame him alone.

“He knows his job well. He is so composed, whether you take wickets or don’t, whether you score runs or don’t. He does not slam his players. He takes the blame upon himself. What more can he do?

“There is so much cricket being played these days too much cricket. I’ve known captains who would react sharply to someone making a mistake. Dhoni doesn’t. He is one of the best I’ve seen.”