After Australia stretched their lead to a mammoth 291 to bat India almost out of the game in the second Test, off-spinner Ravichandran Ashwin agreed that his side will now have to play a catch-up game. 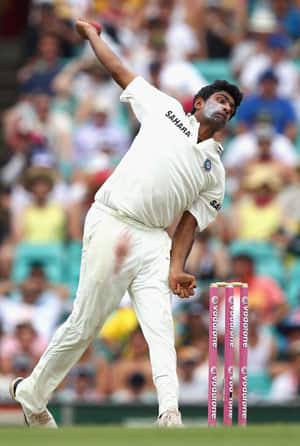 After Australia stretched their lead to a mammoth 291 to bat India almost out of the game in the second Test, off-spinner Ravichandran Ashwin agreed that his side will now have to play a catch-up game.

“It’s going to be a catch-up game from now on. We will have to dig deep and bat long. One or two person will have to stand up and try to turn things around from now on,” said a visibly frustrated Ashwin.

Most Indian bowlers, including Ashwin, bowled with defensive field today but the off-spinner defended the move.

“What else do you do with 191 in the pocket? You’ll have to save every run possible. Supposing you get two or three wickets later on, and someone is having a good spell, we have those runs to play with later. That has got to be the only idea. It’s common sense. Nothing else,” he explained.

The young Tamil Nadu spinner defended his own bowling even although he conceded over 100 runs.

“It’s always going to be catch up. Not just for the bowlers. As I said, you can’t fault the efforts of the bowlers. They ran in hard. Ishant was clocking 140 in the final spell. That’s all you can expect from the bowlers as of now,” insisted Ashwin.

“I haven’t landed anything short, I haven’t delivered anything full. I haven’t really bowled many bad balls. I have been bowling really well but the wicket column has to really reflect. I’m not someone who is going to read into that. There will be a spell where I can turn it around,” said Ashwin.

“Australia were up by 100 runs when I came in to bowl. I just need time to settle in. I need to know which side the breeze is moving. It’s drifting both ways in Australia.

“Basically as a spinner I am expected to tie one end up for the fast bowlers to work with. I’m sorry but you have got to be a fool if you try to spin the ball from outside off and hit the top of leg every time you come into the attack. You have to have common sense and save up some runs for the fast bowlers,” he added.

Ashwin, however, said that he would remain positive.

“The Australians haven’t given me anything to work with yet…haven’t gone into the fifth day so far. This is one Test match where I could have bowled fourth at the SCG and that’s about it. I am someone who is going to stay positive.

“If we can bat really well in the third innings and put something on the board on the final day, we will be good enough to work around and fight with that. Let’s see.”

Ashwin said that the wicket had flattened on Wednesday and there was nothing on offer for the bowlers.

“Very frankly the wicket has flattened out today, and there was nothing on offer. People were going really hard today and bending their backs. Every team can score at 3 and 4 runs an over. It’s not just them. India has managed to smash 450 runs against many other good attacks,” he insisted.

Stating that the media’s behaviour does not help the team when it is already struggling, Ashwin said, “We lost 4-0 on an overseas tour before this. People are saying that ‘it’s going to be either a 4-0 or a 2-0’. I don’t know how it works with you guys (media) but for us to just hear this repetitively is the biggest detriment.”

“They batted pretty well last evening itself. That little phase towards the end of play when we bowled 10 overs for I don’t know the exact number of runs. They batted really positively, which meant that today’s first 15 minutes were crucial. They batted positively and took the game away from us.” he admitted.

Clarke (251 not out) hit an unbeaten double century, while Ponting (134) hit his first hundred in two years to toy with the Indian bowling attack as Australia piled up 482 for four in reply to India’s paltry first innings 191 all out. (PTI)