Tamim Iqbal's request for a break from international cricket has been reportedly granted after the top-order batsman recent batting struggles.

Bangladesh opener Tamim Iqbal‘s request for a break from international cricket has been reportedly granted after his recent batting struggles.

Tamim has been going through a lean patch since the ICC Cricket World Cup 2019 where he managed one half-century across eight innings while averaging 29.37. Following that, he led Bangladesh in a three-match ODI series in Sri Lanka which they were blanked 0-3.

”We have received a letter from Tamim in this regard. We will take a decision about it after the Eid vacation,” Bangladesh Cricket Board (BCB) cricket operation chairman Akram Khan told Cricbuzz on Saturday.

Tamim scored 21 across those three matches including a duck.

The string of failures prompted teammate Shakib Al Hasan suggesting him to take a break from international cricket. “I think the important thing for him now is to take some rest, recover well, feel fresh and come back strongly. I am sure he will do this,” Shakib had said.

However as per a ESPNcricinfo report, Tamim’s letter to BCB asking for a ‘mental break’ earlier this month has been accepted meaning he will miss the one-off Test against Afghanistan and a T20I tri-series that follows.

Though he will be back for international duties in November when Bangladesh will tour India for three T20Is and two Tests.

The 30-year-old Tamim has scored a combined 12,832 across formats in international cricket. 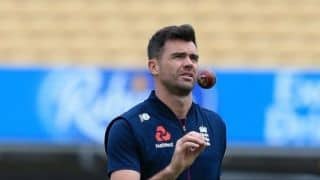