England was beaten by 45 runs by Netherlands.

England was beaten by 45 runs after being bowled out for just 88 in Chittagong, meaning they return home having won just once in Bangladesh, with only Ravi Bopara (18), Chris Jordan (14) and Alex Hales (12), managing to get into double figures.

According to News.com.au, after sinking to a new lowest score for a full Test side against an Associate nation in the shortest form, Broad said that the embarrassment of a Dutch defeat exemplifies the last six months, starting with an Ashes whitewash, adding that there are no excuses from his side for their humiliating defeat.

Stating that he and the team are very disappointed at their defeat, Broad also said that they should have won against the Netherlands as they faced a relatively simple chase, adding that the loss summed their devastating winter as an English side.

Since November, the report mentioned that England have suffered 18 defeats in all forms of the game, including losing all five Tests to Australia, and Broad believes fans have a right to feel aggrieved given their poor batting displays, lack of commitment in the shots and a very disorganised chase.

Broad also said that the players have not only let down the small amount of fans who have travelled to Bangladesh, but also English cricket fans at home. 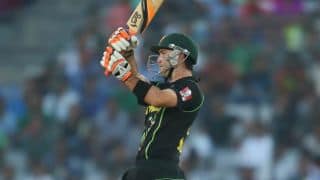