The England pacer apologised for the tweet in which he made a remark on Britain's minimum wage.

London: England fast bowler Stuart Broad insisted on Tuesday that he did not mean to insult low-paid workers following an angry response to a tweet about Britain’s minimum wage.

“I’ve heard if you earn minimum wage in England you’re in the top 10 percent earners in the world. #stay #humble,” the 28-year-old posted in a now deleted tweet.

Given Broad, a senior England player for several years, earns considerably more than the minimum wage, there were many who took issue with his comments.

However, Broad subsequently insisted the hashtag was meant as a reminder to himself rather than a general instruction to the public.

“Clarifying my earlier tweet, I merely wanted to emphasise my amazement at just how big the world is. No offence meant and sorry if any taken. The hashtag was aimed at myself,” he said. 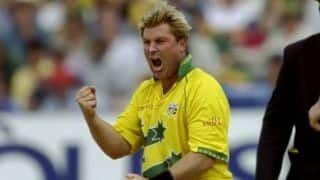 Kuwait chase 139-run target down in 8.5 overs against Maldives