England mauled West Indies by 9 wickets to win the third and final Test at Lord’s. In the low-scoring encounter, it was James Anderson who ruled the headlines during the entire match. Not only did he become the first Englishman to attain 500 Test scalps, but also ended with best figures of 7 for 42 and scalped 19 wickets in the series. His bowling partner, Stuart Broad, congratulated and backed Anderson to carry momentum in Ashes 2017-18. He also took a jibe on Anderson’s critics, including AB de Villiers.

“For Jimmy Anderson to get his 500th wicket at Lord s was the perfect way to round off an amazing summer. Not only that, he picked up a personal best seven for 42 and helped England win a Test match and a series. It really doesn t get much better than that. To go to another level at the age of 35 is a special place to be as a sportsman, and that is exactly what Jimmy has done. For all those 26 year olds out there having a hard time with their careers, take a look at this bloke: he ll fill you with hope that the best years are still ahead, Broad wrote in his column in Daily Mail.

Broad did not spare South Africa’s former skipper, de Villiers, and wrote, “All summer, Jimmy s (Anderson) been accurate, skilful, dangerous and economical. It wasn t so long ago on a tour of South Africa that AB de Villiers was wondering if he had lost his nip. Well, the answer has been there for all to see in these last seven Tests.”

England’s next assignment in whites is against arch-rivals Australia in the much-awaited Ashes 2017-18 series, to be played Down Under. Broad has his eyes set on regaining the urn and remains confident that Anderson will deliver. “I heard him say the other day that he thought he could play until he was 40, and who would bet against it? Our only goal for now, though, is to be lifting that urn at Sydney in January. Australia is a tough place to bowl, but if Jimmy can do with the Kookaburra ball what he has been doing with the Dukes, we will have a great chance”, concluded Broad. 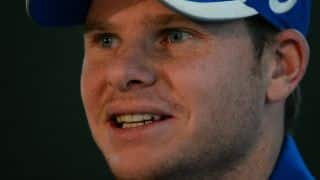 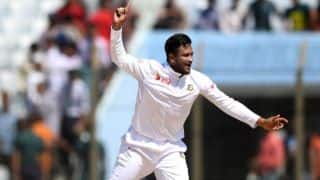