Stuart Broad entered the 500-wicket club as England defeated West Indies by 269 runs on Day 5 of the third and final Test at Old Trafford, Manchester. England clinched the series 2-1 and also regained the Wisden Trophy they lost in the Caribbean last year.

Broad became the seventh bowler to complete 500 Test wickets — the other six are Muttiah Muralitharan, Shane Warne, Anil Kumble, James Anderson, Glenn McGrath and Courtney Walsh — as the Windies, set 399 for victory, collapsed to 129 all out inside two sessions.

Broad, who was shockingly left out of the opener in Southampton, ended the series as the leading wicket-taker with 16 scalps.

“When you get milestones, you want them to lead to match wins and series wins. So it feels very special,” said Broad, who was named the Player of the Match.

“I haven’t ever really set any targets on that front (on how many wickets he would end up with). I have learnt a huge amount through my career. I have also done some technical work that makes me feel in great rhythm right now. The competition keeps everyone performing.”

Fellow paceman Chris Woakes, who managed a five-wicket haul in the third Test, finished the series with 11 wickets.

England’s victory, in the finale of a series that marked international cricket’s return from the coronavirus lockdown, also saw Ollie Pope and Broad score 91 and 62 respectively in their first innings.

“The last two weeks have been excellent,” said Joe Root, the England captain.

“We set out a game plan throughout the two games and we executed it pretty well in both departments. In the first game, with the first innings runs and in this game with the ball we were outstanding. It’s a get step forward for us as a batting group.”

England’s next Test assignment is against Pakistan. The two teams will play a three-Test series, starting August 5. 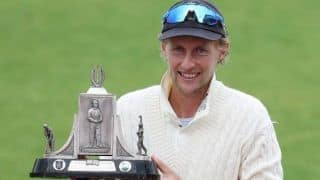 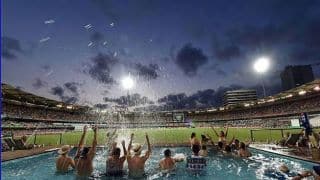