Stuart Broad will not be wearing any facemask but he will be taking a help of a splint.

England pacer Stuart Broad likely to play in fifth and final Test against India at The Oval in spite of his broken nose. He was not present in the practice session on Wednesday, but the other members of his  squad hit the nets.

Joe Root, fellow English batsmen to Broad, joked, “It’s not very pretty. He’s not got his boy-band looks you’d normally associate with Stuart. He’s milking it definitely, as you’ll probably have seen on all the social network sites. He further added, “But I’m sure he’ll be desperate to play on Friday. He’s obviously in good form, and will be wanting to finish the series strongly with the rest of us.”

Root joked by saying that Broad might be looking  for a Phantom of the Opera style facemask in order to play in the last Test of this summer.

Broad delivered on of his best performances at The Old Trafford but unfortunately he was hit by a fiery bouncer from Varun Aaron. He was taken away from the ground immediately to a hospital where he got his nose stitched. England declared that he will be available for the final Test of this ongoing series. Broad will not be wearing any facemask but he will be taking a help of a splint which will help him to cover the wound as well as kepp the bones in position as it is broken. 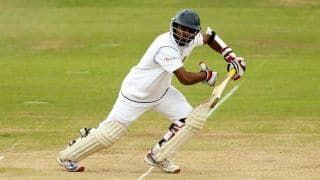 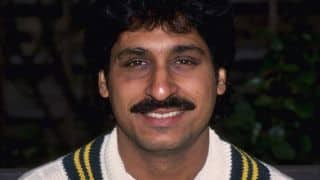